It Not "Just Recess" Anymore!

Teachers often heave a sigh of relief when they take their students out to recess. Finally! The children can burn off the pent up energy they had been accruing for the past few hours indoors. But what if we change our outlook on outdoor play time? What if we create an outdoor environment that offered all of the learning opportunities that one would typically find indoors? What if children could run out to a well-planned play yard to find experiences in math, science, nature, dramatic play, water, building and construction, sensory activities, physical development, art and music? What if they play yard developed critical thinking, discovery, problem solving, and cooperative skills? The result would be that we wouldn't have "just recess" anymore. We would have The Outdoor Classroom!

After seeing this "pumpkin hammering" activity on the 'blogosphere' several times, I decided to try it out in our yard. 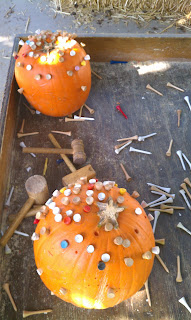 We set out two pumpkins, four small wooden mallets, and a TON of golf tees. The children REALLY enjoyed this activity and they were very successful at pounding the tees into the pumpkins. 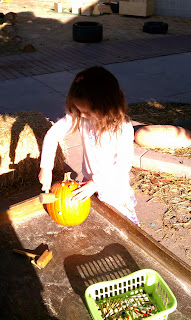 They even branched out and pounded tees into our giant pumpkin and ornamental squash (oops!). It was a fantastic skill building activity for all the children in our program (ages 2-5).

Unfortunately, our fun was cut short. We have one naughty little squirrel that adores the dollar store pumpkins (yup...ONLY the dollar store pumpkins!) and during nap time, when the yard was quiet, he came to find the feast that we had so kindly laid out for him (ha!). As he had done to five of our previous pumpkins, he gnawed a huge hole into one of the ones on the table! So, we were down to one hammering pumpkin (which, by the way, I kept in the fridge that night for safe keeping). Sniff! 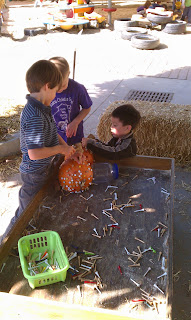 Once every tee was pounded in, it was time to take them out. YIKES! No one mentioned how terribly hard this task was!!!! So, the pumpkins sat on my counter until I found a hammer. 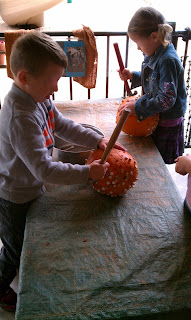 I pulled out a few tees myself, and then realized what a great activity this would be for the children. So, during "patio time" (which is a more controlled atmosphere than the big yard), the children got to pull the tees using the backside of the hammer. It took them some time and thought to figure out how to wedge, pull, and lift the hammer correctly, but they did it. 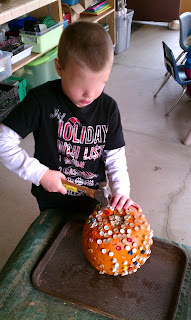 Several of the children spent a lot of time on this activity. We even had one three year old dedicate half an hour to this activity. It was a wonderful fine motor and problem solving activity for the children. It was also a fantastic finger-saver for me! 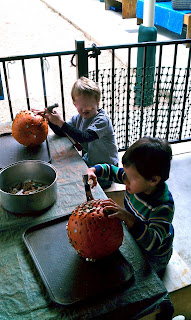 Kristin
Pasadena , California, United States
I am the Director and former Outdoor Curriculum Coordinator at Pasadena Christian Preschool in Southern California. Our school is thrilled to be a demonstration site for the Outdoor Classroom Project. I have a BS in Early Childhood Ed (Pre-K/Primary) and have been in the field of education for over 15 years. I recently spent time teaching in Taiwan and am now enjoying life back in the US. I am the mother of 2 fantastic boys ages 8 and 5. I have always been a Nature Nut and I love to share my passion for nature with children. If I am not working, you'll find me in the garden. Well...even at school, you'll probably find me in the garden! 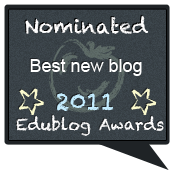 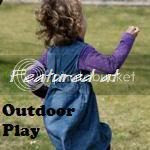 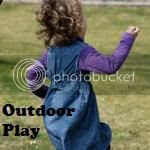 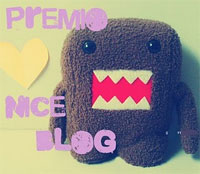 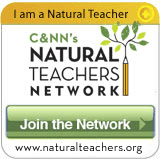 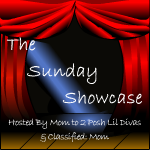